GHOST SURGERY
PREVENTION​
*Most important page on our site* 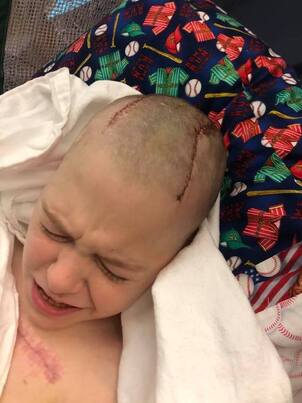 If you know of someone getting ready to have surgery, especially at a teaching hospital, direct them to this page. The information here isn't meant to scare anyone. KNOWLEDGE IS POWER! You have FAR more reason to be scared by staying ill-informed. Our purpose is to share specific things patients can do to ensure they know everything about their surgery as well as EVERYONE who is playing a part in it. It's also your right to know what part of your surgery that your surgeon will be present for, as well as which parts they are not. If learning your surgeon likely won't be present the whole time is new knowledge to you, we know how it feels. We just learned that ourselves months ago. It might help to read our section on the stages of surgeons and their roles (click on blue link) but keep reading what's on this page. It will explain how to make sure you are truly informed about WHO will be doing WHAT.

Every good writer has a hook, to keep their readers reading. Here's ours.
The form that you will be asked to sign prior to surgery, called the Informed
Consent, is one of the most important contracts a person will ever sign. We
believe 98% of America's population has no clue what they are signing or
what they are signing away to. Until the requirements for the form are changed
at the federal level, it will continue to not only be one of the most important
forms you will ever sign, but also the most deceptive.

Q: How do I find out who is doing what part of my surgery?
​
A: You are going to have to ask. Simple as that. If your surgeon goes over the informed consent with you right before surgery, ask if he/she will be present the whole time. Don't expect the answer to be yes. Ask what portion of the surgery he/she will be performing. You have the right to know the names of the residents/fellows who will be performing surgery on you, as well as the number of years they are in their residency or fellowship program. You have every right to ask this and to ask the attending to write the names of all surgeons in the margins of the paper. Right now, there's no place for this. We hope federal guidelines in the future change, requiring the names of all surgeons to be included, the role of each surgeon explained. Until then, unless you ask for it, it's not going to happen.

If you sign the informed consent during a preop appointment, weeks before your surgery, your surgeon likely won't know the names of the resident or fellow who will be assisting them. You can ask for the names and what each will be doing the morning of your surgery but unfortunately, it's not likely you'll be able to get it in writing as your informed consent will already be scanned in and part of your medical record.

Optional & Informative Read
To understand the Patient Informed Consent in full, it is helpful to learn how it developed over the course of the 1900's into what it is today. While it is not necessary for you to read and learn the history, we have added a brief timeline of it's development, as well as what cases called attention to what mandates.

History of the Patient Informed Consent and Why the History Matters
​Quotes and Information above were extracted by this research paper from Harvard.

The beginnings of a government mandated informed consent fell at the beginning of the 20th century. There were four cases between 1905 and 1914 in which patients sued their surgeon. These cases occurred in different states and in different courts but the rulings were the same.

As decades passed and more cases were brought to court, multiple determinations and/or calls for action revealed themselves. Court rulings influenced one another and helped to established case law. The determinations of world-wide court systems, as well as writing published by doctors and academic scholars, ultimately led to the foundations of our country's informed consent process.

Determination/Event #1: A patient has the right to make their own decisions about medical treatment as well as any procedures performed. Every person has the freedom of choice to protect the integrity of their body and if there is "unwanted interference," it is considered a form of battery.

Determination/Event #2: "Patients are entitled to know about the dangers and risks of the procedure, as well as have a chance to evaluate them before coming to a decision."

Determination/Event #3:  There is liability if failure to disclose necessary information violates a professional standard of care and there is injury as a result. Natanson v. Kline (1960)​

Determination/Event #4: The early to mid 1900's were filled with reckless experiments and patients were used as guinea pigs.  It was a difficult time, as even judges were aware that human medicine would not be able to grow without experimentation. Then came WWII and the evil Nazi's...experimentation at the sickest level. From this came The Nuremberg Trials and from the trials came Ten Nuremberg Codes, which influenced American patient rights.

"The Nuremberg Codes were a monumental first step in the effort to regulate research on humans and would soon influence many professional organizations and governments who were beginning to contemplate similar regulation."

Important language that came from the Nuremberg Codes included...

- Consent on a human subject must be voluntary, competent, informed, and comprehending
- Must avoid all unnecessary physical and mental suffering and injury
- Preventions must be put in place to decrease injury and/or death
- The patient has the right to terminate at any time [during an experiment]

Determination/Event #5: Dr. Henry Beecher, a physician at Harvard in the 1950's, as well as two academic scholars, (M.H. Pappworth and Jay Katz), publicly called out unethical treatments still being carried out by the hundreds. Doctors were simply not obtaining the consent required. The three men, determined to bring change, focused on the ethics surrounding consent. They publicly spoke about how the informed consent process was as much of an ethical practice, as it was a legal one. All three researched, studied and witnessed a lack of ethical behaviors on the part of the surgeons. The men called upon doctors to be guided with ethical decisions, instead of decisions that were self-serving. M.H. Pappworth specifically, "demanded that new legislative procedures be developed to safeguard patients’ rights."

Determination/Event #6: 1972 came..the Tuskegee Experiment. "The Department of Health, Education, and Welfare appointed an advisory panel to examine the problem and address the issue of protecting human subjects...the panel determined:  "One fundamental ethical rule is that a person should not be subjected to avoidable risk of death or physical harm unless he freely and intelligently consents."

Determination/Event #7: Attitudes at the FDA began to change as after drug amendments were made in 1962. "The most significant changes included the requirements that drug advertising be more carefully controlled; that drug labeling fully disclose precautions and harmful side effects; that there be proof of therapeutic efficacy for drugs; and that the FDA establish complete regulations for clinical testing of new drugs."

Determination/Event #8: During the mid 1970's, the Joint Commission was born. Their job was to oversee patient safety and ensure doctors and hospitals were following standards and laws. In 1979, they gathered a report titled, "The Bellmont Report." In it, "The Report adopted the standard of the reasonable volunteer, proposing that the extent of disclosure should be such that a reasonable volunteer could decide whether to participate."

Determination/Event #9: In 1991, the government was now fully in charge of and wrote uniform standards (mostly in relationship to experiments). It was acknowledged that there was a lot of work left to do regarding informed consent and patients rights. The United States lagged behind other countries in regards to this document by about 20 years.

+ We have 30 years of history still to learn about the Informed Consent...from 1990 to present. If anyone wants to steer me in the right direction on how to find it, or even write (and I'll cross check) we'd love your help!
​
Ghost Surgeries, LLC
PO Box 908
Milford, OH 45150

Page still under construction and have not been edited for grammatical errors, sentence structure or spelling.

Still under Construction. WAY more to come on this. 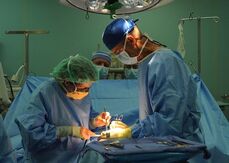